The first words occured in my mind when I read about this weekly photo challenge theme by Daily Post is : “Chinese Clan”.

Based on Oxford Dictionary, community means :

Well, China has the biggest population on Earth (more than 1,3 billion!), and we can find Chinatown in many places outside China. Although my anchestors are from China, and I also have a Chinese name, but the thought about Chinese clan house was never occured to me before (I am a failed Chinese!! Forgive me Grandmother! :p), until I visited Khoo Kongsi Clan House in Georgetown, Penang, Malaysia.

The Khoo Kongsi clan forefathers came from Sin Kang village in Hokkien province, South China. They emigrated from there to Penang and built Khoo Kongsi clanhouse for members of the Khoo family in 1851. The clan temple was built in 1906 when the Khoo clan was at the peak of wealth and reached the great status and superiority in Penang society. The temple itself is a form of grandeur art, with the statues, paintings, carved pillars in shiny gold colours.

The Khoo Kongsi is known as the most majestic Chinese clan house in South East Asia. The clan, Khoo Kongsi clan, together with Cheah, Yeoh, Lim and Tan Kongsi, were known as the Five Big Clans, formed the backbone of the Hokkien community in early Penang. The Khoos were among the wealthy Straits Chinese traders of 17th century of Malacca and early Penang.

Today, Khoo Kongsi is a historic site, due to its location in the UNESCO World Heritage Site area of George Town. I wonder how they used to live in this clan house, must be very interesting, to live together in one clan community. And the fact that the house is still there and well preserved after more than 150 years proves that blood is thicker than water. 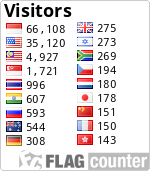 Just another boy finding his way in a big, big World